The Calabria Region is located at the end of the Italian peninsula, the toe of the boot, bordering only the Basilicata region at the north. Calabria is washed by the Thyrrenyan sea on the west and the Ionian Sea on the east side. On the south side is separated from the Island of Sicily, by the famous "stretto di Messina" (Messina straight), that even if it is named after the Sicilian city is of crucial importance for both regions.
The orography of the region creates numerous spots and coastal environments. A big quantity of long sandy and gravel beaches, rocky cliff, river Deltas, shallow rocks, mountain overhanging the sea, and small ports with deep waters. 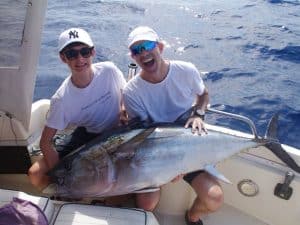 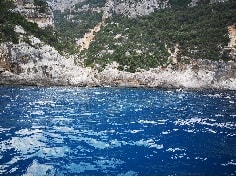 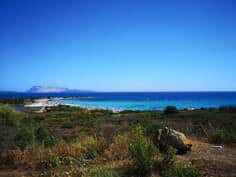 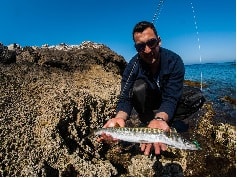 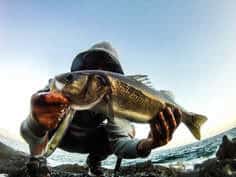 Departure times: 6AM or 7AM suration: 8 hours
Capacity: 6 people
Price: on request

Shore fishing in Calabria, give the opportunity to practice diverse techniques thanks to the regional diversity all along its coast. If you are wondering about what technique to practice and what fish is possible to catch shore fishing in Calabria, surfcasting with fresh bait is surely a must, with miles and miles of deserted beaches to cast from, all around the region. Preys for this technique are striped Seabream, Dorada, Seabass, Bluefish, and many other secondary species. Casting hard baits for predators is possible basically everywhere but with a slightly limited list of possible species to catch. Seabass, Bluefish, Bluerunner, and occasionally Leerfish, in the right season. The Mediterranean Barracuda, one of the easiest and species to catch in Italy, is not common as in other regions like Sicily or Sardinia.

To get an idea of the type of coastline you can find in Calabria, here is a short description of the main areas:
- The east coast is almost completely sandy and made of beaches, with a few rocky spots. Rocky cliffs, typically good for some techniques like jigging and shore fishing with artificial baits for pelagic predators, including flyfishing, are limited to the area of Santa Maria del Mare Torrazzo, Copanello, Capo Rizzuto, Capocolonna and Le Castella. Cirò Marina is another interesting spot in the area.
River deltas are good spots in this part of Calabria and quite common to find.
- The west coast of Calabria has a different aspect. More rugged with a combination of sandy beaches, coves, and rocky shores. A very few proper cliffs, like in Bagnara, are unfortunately not easy to go from shore. Scilla, Capo Vaticano, Palmi and Tropea are the famous destinations, with an interesting fishing ground in the area. River deltas are present also on this region's side in good quantity.
- The southern Calabria precisely is influenced by the Stretto di Messina environment, marked by deep waters close to the shoreline and strong currents. Even if characterized by sandy beaches, this part of the region, has an interesting bathymetry, with big depth at casting distance, that enlarges the range of possible techniques and preys.

Departure times: 6AM or 7AM
Duration: 8 hours
Capacity: 6 people
Price: on request

Live bait trolling is a productive fishing technique here. Called also bottom trolling, It consists of slowly trolling a live fish or cephalopod (Calamari, cuttlefish) on the bottom or suspended from the bottom, with a particular system of sinker and leaders to avoid to get stuck on the Bottom. In order to catch the attention of predators, the captain makes specific actions and maneuvers. Almost every predator can bite practicing this technique, but some are more common. We are talking about Dentex, Pink Dentex, Dusky grouper, Golden grouper, and Amberjack. Fishing Calabria for Amberjack specifically, requires a slightly different method, that opens the target to other pelagic fish like Bluefin Tuna, Dorado. Due to the typical depth present where this technique is practiced in Calabria, live bait trolling is to consider proper "Deep Sea Fishing".

Fishing for Bluefin Tuna in Calabria is possible like in many other parts of Italy. Interesting big Bluefin Tunas of over 300kg have been caught in these waters by our team, with the drifting technique. A particularity of the Calabrian fishing ground is that Bluefin Tuna fishing here takes place in areas not far from shore, sometimes within a mile or two. This is a consequence of the seabed structure, partially in common with Sicily, where the bottom rapidly drops in short distances from the coast.

The north-west side is influenced by some of the Marine reserves of Sardinia where fishing is not allowed or regulated. Anyhow, there is an interesting piece of the northwestern coast, right before the Asinara island and the homonym gulf, with some of the deeper waters on this side of the island. This is a good environment if looking for pelagic and bottom predators. Fish like Dentex and Gropers, are possible in the last-mentioned environment, when Shore fishing in Sardinia, in addition to the other species, more common on the shallower fishing spots. The Northern Sardinia, the north-east corner and the whole Eastern side of the island, are to explore step by step, taking into consideration all the marine reserves and their rules, better if with a guide, able to put you on the fish.

Deep Bottom fishing in Calabria is another interesting technique to practice, due to the deep waters that surround the region. Dogtooth Grouper (up to 90kg), different species of Sharks are between the biggest fish. Other smaller fish but superb in the kitchen are regular catches of this technique: Blackspot seabream, Scabbard fish, European hake, Blackbelly rosefish, and Conger eel are just some of them.
A particular version of this technique, target Giant Squid with specific equipment.

Other techniques to practice going for a day fishing charter in Calabria are Offshore surface trolling (Big game), Jigging, bottom fishing, squid fishing, between the more common ones.

Book Now
The Straight of Messina

The Straight of Messina

The Straight of Messina (between Calabria and Sicily)

The straight if Messina, one of the most scenic parts of the whole Mediterranean sea, has a unique geographical and geological shape that generates strong currents, upwelling phenomenon, and whirlpools between the others. This is also because this straight is the division between the Tyrrhenian Sea and Ionian, with 3km of water dividing Calabria and Sicily in the narrowest point. This particularities, made this piece of sea, the theatre of lots of mythology since Greek times and probably even before. The most famous are the monsters of "Scylla and Charybdis" (Scilla e Cariddi), the personification of dangers and whirlpools, well known between the ancient mariners.

This reflects also fishing nowadays, giving the straight of Messina very particular possibilities both fishing from Sicily or Calabria. It is famous for being a reproduction hotspot for Swordfish, and these billfish are part of an ancient fishing tradition, harpooning by hand the fish. This was done with special boats called "Feluca" or "Spadara" with a 16m long bridge bow of the boat, from where the fisherman can silently harpoon the fish from a close position. This is not practiced professionally anymore. Apart from Swordfish, the abundance of food, the presence of big drop-off and the other characteristics mentioned before, makes this area is a hotspot for all the fishing species of the Mediterranean sea. There is a particular presence of Bluntnose Sixgill Sharks, Bluefin Tuna, and all the pelagic species crossing the mediterranean sea. The bottom predators like Dentex, Pink Dentex, Dusky grouper, Dogtooth Grouper, San Piter fish, Scabbard fish, are present too.